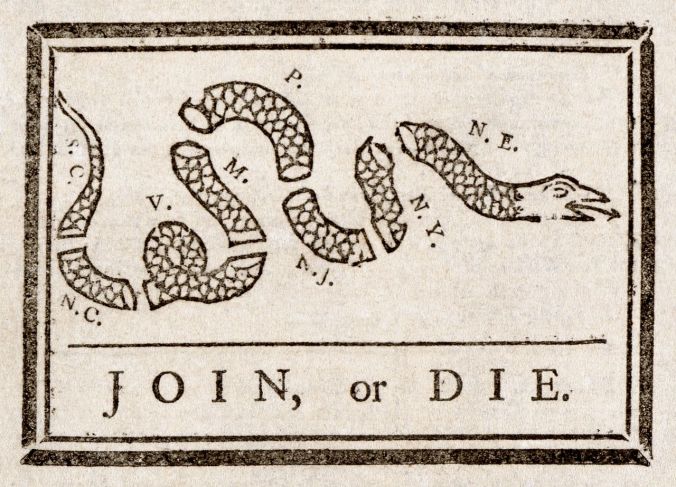 A man must be far gone in Utopian speculations who can seriously doubt that, if these States should either be wholly disunited, or only united in partial confederacies, the subdivisions into which they might be thrown would have frequent and violent contests with each other. To presume a want of motives for such contests as an argument against their existence, would be to forget that men are ambitious, vindictive, and rapacious. To look for a continuation of harmony between a number of independent, unconnected sovereignties in the same neighborhood, would be to disregard the uniform course of human events, and to set at defiance the accumulated experience of ages.

The causes of hostility among nations are innumerable. There are some which have a general and almost constant operation upon the collective bodies of society. Of this description are the love of power or the desire of pre-eminence and dominion – the jealousy of power, or the desire of equality and safety. There are others which have a more circumscribed though an equally operative influence within their spheres. Such are the rivalships and competitions of commerce between commercial nations. And there are others, not less numerous than either of the former, which take their origin entirely in private passions; in the attachments, enmities, interests, hopes, and fears of leading individuals in the communities of which they are members. Men of this class, whether the favorites of a king or of a people, have in too many instances abused the confidence they possessed; and assuming the pretext of some public motive, have not scrupled to sacrifice the national tranquillity to personal advantage or personal gratification.

But notwithstanding the concurring testimony of experience, in this particular, there are still to be found visionary or designing men, who stand ready to advocate the paradox of perpetual peace between the States, though dismembered and alienated from each other. The genius of republics (say they) is pacific; the spirit of commerce has a tendency to soften the manners of men, and to extinguish those inflammable humors which have so often kindled into wars. Commercial republics, like ours, will never be disposed to waste themselves in ruinous contentions with each other. They will be governed by mutual interest, and will cultivate a spirit of mutual amity and concord.

Is it not (we may ask these projectors in politics) the true interest of all nations to cultivate the same benevolent and philosophic spirit? If this be their true interest, have they in fact pursued it? Has it not, on the contrary, invariably been found that momentary passions, and immediate interest, have a more active and imperious control over human conduct than general or remote considerations of policy, utility or justice? Have republics in practice been less addicted to war than monarchies? Are not the former administered by men as well as the latter? Are there not aversions, predilections, rivalships, and desires of unjust acquisitions, that affect nations as well as kings? Are not popular assemblies frequently subject to the impulses of rage, resentment, jealousy, avarice, and of other irregular and violent propensities? Is it not well known that their determinations are often governed by a few individuals in whom they place confidence, and are, of course, liable to be tinctured by the passions and views of those individuals? Has commerce hitherto done anything more than change the objects of war? Is not the love of wealth as domineering and enterprising a passion as that of power or glory? Have there not been as many wars founded upon commercial motives since that has become the prevailing system of nations, as were before occasioned by the cupidity of territory or dominion? Has not the spirit of commerce, in many instances, administered new incentives to the appetite, both for the one and for the other?

In the government of Britain the representatives of the people compose one branch of the national legislature. Commerce has been for ages the predominant pursuit of that country. Few nations, nevertheless, have been more frequently engaged in war; and the wars in which that kingdom has been engaged have, in numerous instances, proceeded from the people. There have been, if I may so express it, almost as many popular as royal wars.

From this summary of what has taken place in other countries, what reason can we have to confide in those reveries which would seduce us into an expectation of peace and cordiality between the members of the present confederacy, in a state of separation? Have we not already seen enough of the fallacy and extravagance of those idle theories which have amused us with promises of an exemption from the imperfections, weaknesses and evils incident to society in every shape? Is it not time to awake from the deceitful dream of a golden age, and to adopt as a practical maxim for the direction of our political conduct that we, as well as the other inhabitants of the globe, are yet remote from the happy empire of perfect wisdom and perfect virtue?

So far is the general sense of mankind from corresponding with the tenets of those who endeavor to lull asleep our apprehensions of discord and hostility between the States, in the event of disunion, that it has from long observation of the progress of society become a sort of axiom in politics, that vicinity or nearness of situation, constitutes nations natural enemies. An intelligent writer expresses himself on this subject to this effect: “Neighboring nations (says he) are naturally enemies of each other unless their common weakness forces them to league in a confederate republic, and their constitution prevents the differences that neighborhood occasions, extinguishing that secret jealousy which disposes all states to aggrandize themselves at the expense of their neighbors.” This passage, at the same time, points out the evil and suggests the remedy. 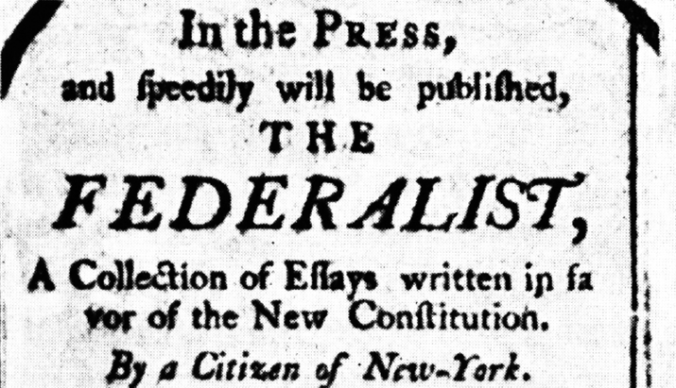